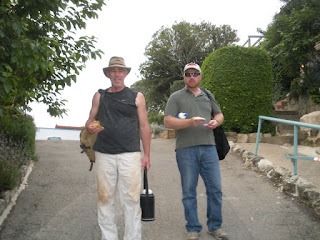 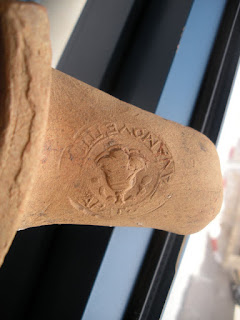 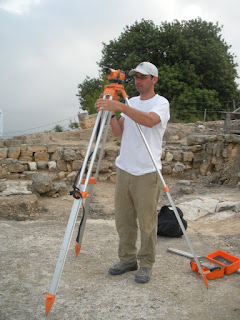 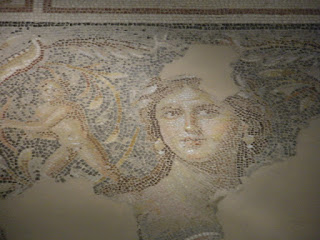 Sepphoris is "the ornament of all the Galilee" – Flavius Josephus, 1st century CE

Although we found plenty at this brief excavation season at Sepphoris, we didn't find the Lost Ark. We were not looking for it of course, but, nevertheless, the first thing that most people ask upon hearing that I have been at an excavation is: "What did you find." We definitely found satisfaction in our experience and, happily for the research, much data to justify it. I think that all 13 of us who participated in Sepphoris 2011 found a certain pleasure in getting to work at 6:15 a.m. and working (playing) in the dirt until 1:30 p.m. (Although nobody who saw any of our group working in the Galilean dust and heat would have considered it play.) Yet the banter and joking between everyone was a great part of the experience. A lot of sweat was expended by those who dug, carried, and sifted the dirt. A number of members of our group were supervisors, but even our most senior archaeologists jumped in and out of trenches and pits and carried buckets of dirt and sifted them literally every day of this brief season of probing the earth, measuring, and sketching structures in preparations for the final excavation report of this remarkable ancient city.

Yesterday we had another excellent session of pottery reading with all of the important areas showing consistent pottery from appropriate periods. Noteworthy were additional significant late Iron Age fragments including large pieces of a saucer-type oil lamp and a large cooking pot of the period, again underlining our belief that there was significant settlement here during the biblical period even though no trace of actual construction from that time has yet been found.

Today the sun was bright although much of the haze from previous days remains in the air. Yesterday it was overcast and the air was heavy and still, making for our hottest, sweatiest working conditions. On hindsight, however, I don't think even one of us would have traded the days at Sepphoris for time on a beach.

All good things must come to an end, however, and today was the last day of our excavations. Remarkably, Milton Moreland of Rhodes College in Memphis, is leaving Israel to return home Friday night. By Sunday he will be digging and supervising at his second summer excavation in Western Tennessee, where a group of experts and students from Rhodes will be exploring ancient American Woodlands and Mississippian cultures from as long as 2,000 years ago. What a remarkable experience it must be for Milton to excavate the soil of Sepphoris, Israel, from 2,000 years ago, and within a few days to be excavating 2,000-year-old American civilizations. I hope he will write an article about the fascinating contrasts and I'll look forward to reading it.

At Sepphoris Milton and Byron McCane of Wofford College in Spartanburg SC worked tirelessly together (see their photos above) to solve some mysteries regarding areas they had excavated and studied during previous seasons at Sepphoris. They dug probe trenches in some incredibly interesting areas, rich with pottery from the late Iron Age (Iron II) up to the Middle Roman Period. One of the objects they pulled from the earth may have been the most fascinating single find from our Sepphoris season. It was a Hellenistic period jar handle (circa 3-2 centuries BCE)…jar handles are generally plentiful, but what was unusual about this jar handle is that it bears a stamp showing that it originated at Rhodes. It is well known that ancient Rhodes was an exporter of both fine wine and olive oil throughout the ancient Mediterranean and it is interesting that even though both of those commodities must have also been manufactured in or near Sepphoris (as they are today), the community was wealthy enough to also import these products. The handle shows a "rose" of Rhodes, along with a Greek inscription that probably refers to the manufacturer or the exporter of the wine or oil contained in the very large amphora once attached to this handle (see handle photo above).

I would like to take a moment to point out that this type of Rhodian jar handle can frequently be purchased in the legal antiquities market of Israel for a relatively small sum. And the handles themselves are fascinating. But what gives this particular handle inestimable value is the fact that it was excavated at a known location by archaeologists who are able to better understand the place where it was found because of the object itself. When even a minor object such as jar handle is removed from its archaeological context without being properly recorded, an inestimable amount of information about earlier cultures and civilizations may be lost forever.

Each of us were pleased whenever we found an interesting shard or object, today I also had the pleasure of hearing our excavation supervisor Ben Gordon exclaiming to himself over another discovery: "There is nothing quite so exciting as finding a new wall," said Ben as he surveyed and traced the lines of a wall, probably from an early to middle Roman period, that had been more fully exposed and delineated on our final day of excavations (see photo of Ben doing a measurement).

To look at the plan of the western acropolis of Sepphoris where we have been working for the past weeks is really remarkable. It is a huge sheet of paper with thousands of tiny, intricate lines, numbers, and other details meticulously added as notations.  By getting all of this information onto a single sheet, it becomes easier for the experts to piece together plans of buildings, streets, and alleys of ancient cities.

Our section of Sepphoris is a rather complicated site because it was built and rebuilt over a period of hundreds of years. Some of the houses have elements from an original house, and then elements added or modified at later dates. Sometimes water storage cisterns were capped, and new ones opened, at other times the openings to water cisterns were raised significantly to account for the new elevation of a building structure.

The earth still holds many mysteries of ancient Sepphoris, some of which will never be revealed, but others will come forth in future excavations.

In the next blog I will tell you the fate of an archaeological numismatist at an excavation during which not many coins are found!