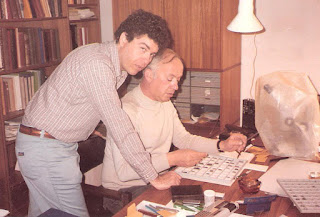 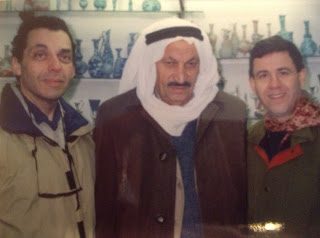 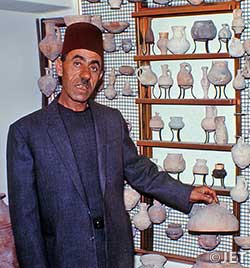 Persian Silver of Judah--And a Movie on Utube!

The earliest coins with Hebrew inscriptions were struck during the Persian period. It seems likely that the earliest of those coins were struck at the early Philistian mint of Gaza. Later, only small denominations were struck in Judah, quite likely in or very near to Jerusalem. These are known as “Yehud” coins because most of them are inscribed with the paleo-Hebrew legend YHD, although some carry the name Hezekiah and one very rare variety has the name of a priest named Yochanan.
It was quite a technical feat for coins to be minted at all in this area, which was rather out of the way at the time, and did not have great technological capabilities. The mints in ancient Judah probably quite resembled small blacksmith or jewelry shops, which have must have been in the precinct of a fort or a palace because of security matters in the transport of uncoined silver and then actual coins. These first coins struck in Judah were patterned after Athenian coins and were struck some time before 333 BCE.
The denominations of the coins are uncertain. However this group seems to be related to the known weight of the Judean shekel of 11.4 grams beginning in the Iron Age about 800 BCE. The two denominations of the earliest small silver coins struck in Judah weigh around either half a gram or a quarter of a gram. These weights correspond with approximately 1/24 of the known weight of the shekel. Archaeologists believe that there were 24 gerahs in each shekel at the time, although in Exodus 30:13 we read “the shekel is twenty gerahs.”  This discrepancy may be due to a slightly different division of the shekel in an earlier period.
Half a gram is very light and small for a coin. Manufacture of such tiny objects caused some challenges, because the dies that were created to strike these coins were very fragile due to their small size. Because of this, the dies were subject to either heavy wear, or absolute breakage. Numismatists today can track that process rather precisely if they can identify a sufficient number of specimens.
The most common of the early Yehud coins is a type with an obverse portrait of Athena and the reverse portrait of an owl, just like the classic Athenian tetradrachm. But instead of the AΘE ethnic inscription for Athens, the coin carries the paleo-Hebrew script YHD. It is estimated that this type represents a full 15% of the Yehud coins in existence.
Canadian numismatist JP Fontanille, also a professional musician, has gathered some 225 photos of this coin type in various die stages, and has created a fabulous brief video accompanied by music he composed and plays.
If you have ANY INTEREST in understanding the “die states” of coins, this is a MUST WATCH video, which can be found at https://www.youtube.com/watch?v=qD7yg3iA9OQ&feature=youtu.be


Viewing tip: Keep your eyes on the coins!
Posted by David Hendin at 4:59 PM No comments: